This species is newly-split from the species Otidiphaps nobilis, which diverged from all other species 26.1 million years ago, which is part of the family Columbidae, which diverged from all other species 32.7 million years ago, during the Paleogene period. This is a large, terrestrial pigeon that feeds on seeds and fallen fruit. The species is suspected to be going under decline due to the loss of its forest habitat, which is subject to some pressure for logging and conversion for subsistence agriculture gardens. An analysis of satellite forest cover data suggested that forest was being lost in the species’ range at 3.1% over three generations over the period of 2000-2012. In 2012 there was a resumption of logging in the East Fergusson Timber Rights Purchase area, which was planned to continue for five years. There are no conservation actions known at the moment.

This species occurs in rainforest in the hills from sea-level to at least 1,900 metres. They feed on seeds and fallen fruit. 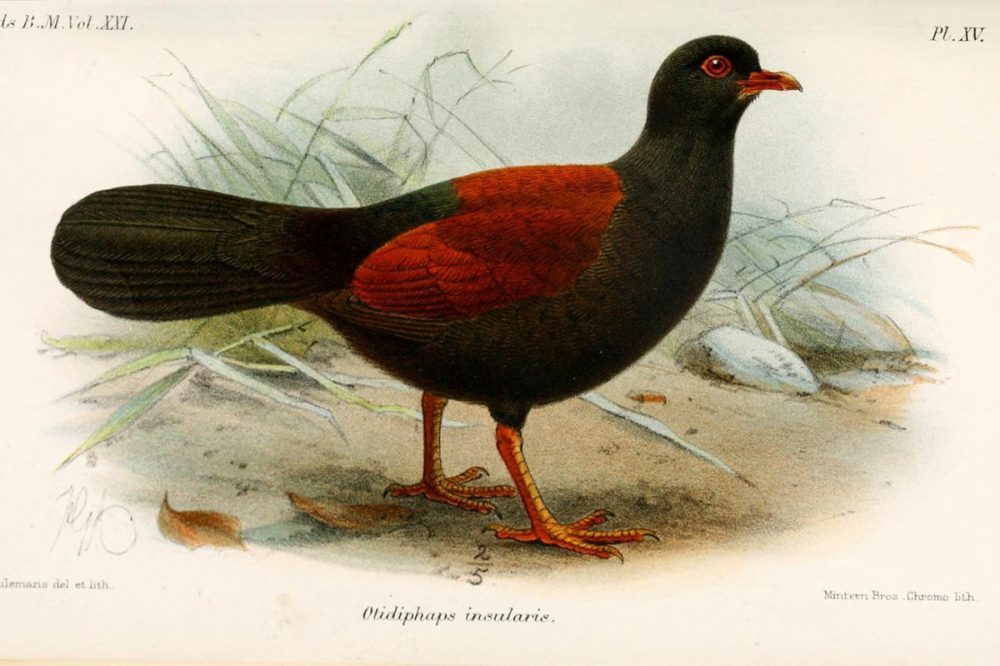