The male flattened musk turtle can take up to 60 years to reach its maximum length of only just 12 cm! This tiny turtle is Critically Endangered following enormous declines in available habitat.

Musk turtles form part of the turtle family Kinosternidae, which includes three other genera. This family diverged from all other living turtles more than 80 million years ago, some 15 million years before the extinction of the dinosaurs!

The flattened musk turtle has lost around 90% of historically suitable habitat and surviving populations occupy only 7% of the previous range. This small proportion of surviving habitat has remained reasonably unaffected by pollution and sedimentation.

This species is now protected from exploitation and intentional impact by Alabama State legislation. Proposed conservation actions the restoration of stream quality of the turtle’s former habitat and improved enforcement of water quality and mining regulations.

This species is endemic to Alabama, USA. 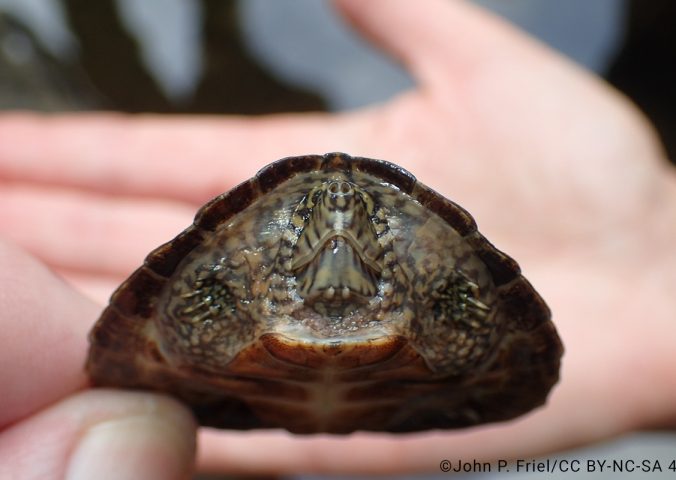