The giant anteater is the largest of the living anteater species and can eat up to 30,000 ants a day!

The giant anteater feeds on ants and termites, catching them with its long sticky tongue which can reach lengths of up to 50cm. Their thick skin and long hairs protect this species from ant bites. They have long claws for opening up termite nests and they walk on their wrists to protect these claws. Giant anteaters are practically blind, finding ants and termites by their impressive sense of smell. Due to the low energy content of their prey, giant anteaters save energy by having very low metabolic rates and body temperatures as low as 33°C.

One of the closest relative to the giant anteater is the pygmy sloth who shared a common ancestor over 55 million years ago!

The giant anteater is considered the most threatened mammal of Central America and is listed on Appendix II of CITES and its range lies in many protected areas. The main threat to this species is habitat loss. As this species inhabits grassland, fires are a major threat, particularly deliberate burning of sugar cane plantations prior to harvest. They are also hunted throughout their range for food or as pests. Their very specific diet, low reproductive rates and large body size combined with the threats to their habitat all contribute to this species decline.

There is currently a reintroduction programme being carried out in Corrientes province in Argentina.

This species has been recorded from Central America through to Bolivia, Paraguay and Argentina, although in its Central American range it is greatly reduced and confined to highland regions.

Giant anteaters are found in tropical moist forest, dry forest, savannas and open grasslands. They are mostly solitary animals. Females have a gestation period of approximately 170 days and give birth to a single offspring once a year. The offspring is carried on its mothers back for up to six months in line with the white stripe on her back to aid in camouflage. 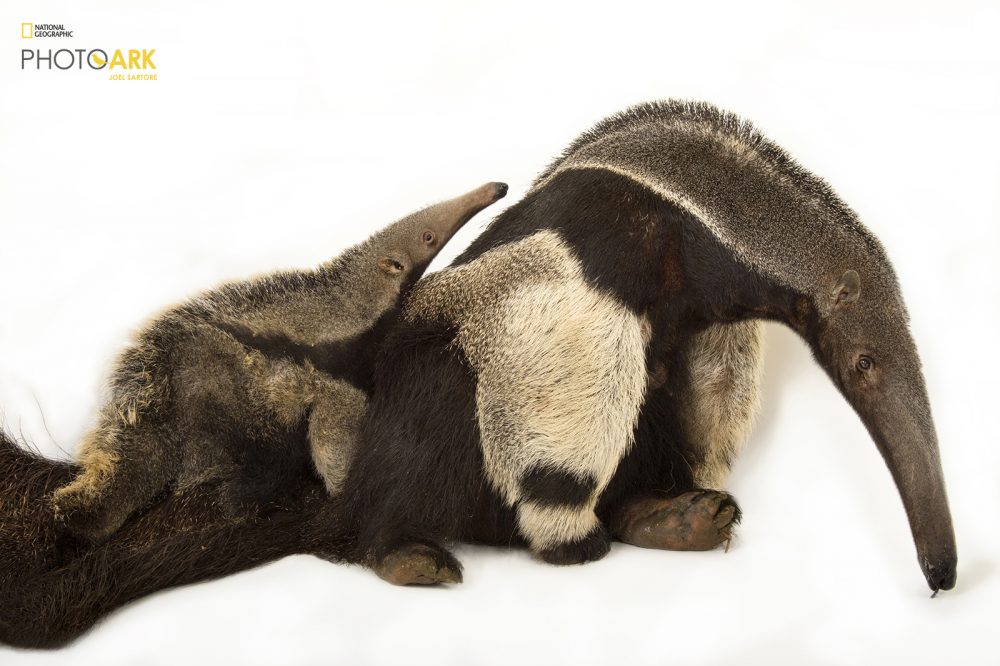 Viable populations of giant anteaters throughout their original distribution.

Understand and mitigate the main threats that affect the species persistence in the Brazilian Cerrado.