The mountain pygmy possum is the largest of the pygmy possums, and the only Australian mammal restricted to alpine habitat.

The first discovery of this species was from fossils discovered in 1895 – believed extinct; it wasn’t until 1966 that a living mountain pygmy possum was found, at a ski lodge in Victoria, Australia. Its range is estimated to be less than 6 or 7km², existing only at elevations between 1,300 and 2,228 m above sea level. Their restricted habitat has been further fragmented or lost to road construction, dam/aqueduct construction and the development of infrastructure for the downhill skiing industry. It is the sole member of its genus Burramys, with only one other genus in the Burramyidae family; with only 5 total species of pygmy possum. Its tail is longer than the length of its head and body combined. Because of their alpine habitat, they hibernate through the winter, living off fat stores, but also coming out of hibernation to feed on stored seeds and berries – it is the only marsupial to store food in a cache. While females can reproduce year-round, they are limited by needing to maintain a fat reserve for hibernation and so only produce one litter of 3-4 pups in the spring.

This species is restricted to three geographically isolated populations in south east Australia; Kosciuszko National Park (New South Wales), and in the Mt. Bogong – Mt. Higginbotham range and the Mt. Buller-Stirling areas in Victoria. It may also occur in the, where possible remains have been identified in predator scats.

This species live in amongst rock screes and boulder field heathland in alpine and sub-alpine zones of the ‘Australian Alps’. They feed on high energy food such as the Bogong moth, which migrates to the Australian Alps for breeding in summer. Through summer their diet is supplemented with other small arthropods. As winter approaches, they switch their diet to seeds and berries. 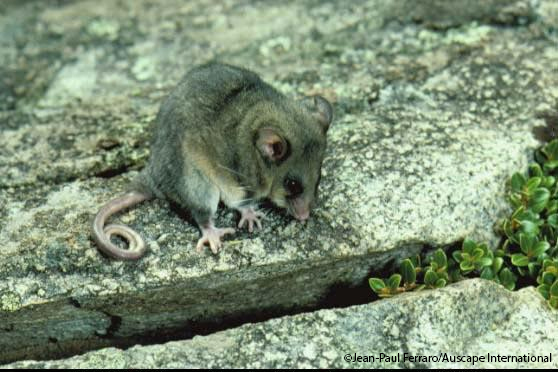 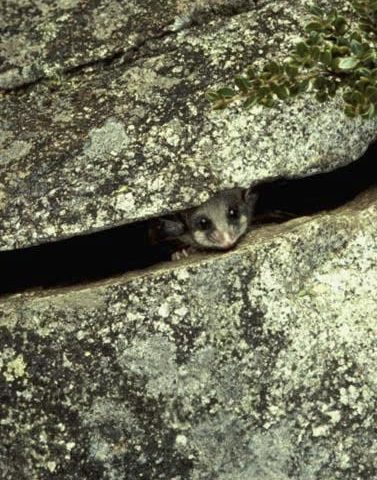