The exact purpose of the striking bald head of a Vulture has long been assumed to be a form of protection from infection; as they put their whole heads into carcasses.

This fed into their negative image as bloodthirsty scavengers – but it may actually play an important role in thermoregulation. The red-headed vulture is one of the few species of large vulture that does not live in large groups, usually found alone or in a breeding pair. With its wingspan of over two metres the red-headed vulture carries out impressive courtship displays including dramatic cartwheeling by both the male and female. Like most vultures their diet consists of carrion and they have been observed feeding on the carcasses of large ungulates, birds, turtles and fish. Red-headed vultures have been found in a variety of habitats from savannah to deciduous forest up to an altitude of 2,000m. The species has experienced a dramatic decline in both population size and distribution. In India it has been estimated that the population decreased by over 90% in just 10 years. This decline has been primarily blamed on the use of the drug Diclofenac by veterinarians. The red-headed vulture is the sole member of its genus Sarcogyps, and diverged around 10-11 million years ago.

This species it now found in low numbers across India except in the western Himalayan foothills where it is common. It was previously widespread in Southeast Asia however it is now believed to be primarily restricted to northern and eastern plains of Cambodia and considered nearly extinct in Thailand.

This species’ are regularly found in open country away from humans, wooded hills, thorn forest of semi-arid zones, semi-deserts and dry deciduous forests with rivers. They usually occupy areas below 2,500m in altitude. Like most vultures their diet consists of carrion and they have been observed feeding on the carcasses of large ungulates, birds, turtles and fish. They tend to build large, flat nests at the tops of tall trees 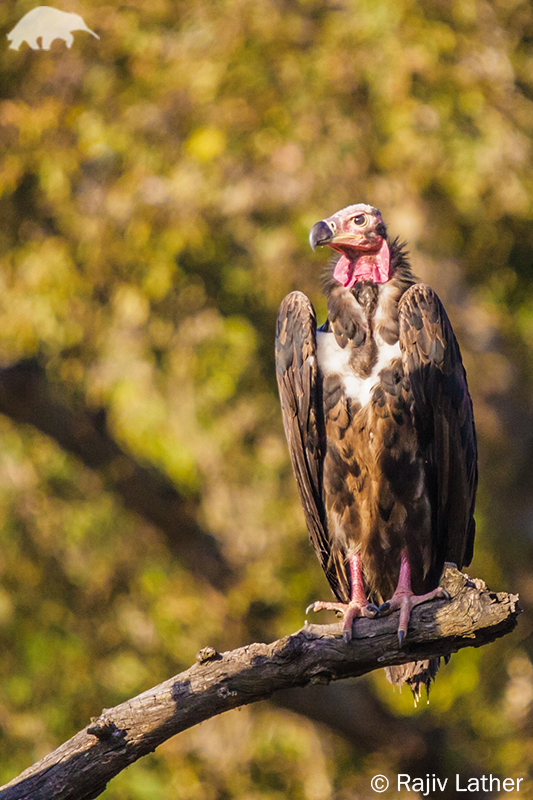