The Critically Endangered Roti Island snake-necked turtle is endemic to the island of Rote, Indonesia.

This species has been so heavily targeted for the international pet trade has driven it to the brink of extinction.

Snake-necked turtles are known for their strikingly long necks. their necks are so long, in fact, that they cannot withdraw their heads directly back into their shell. Instead, they tuck their neck in sideways!

The snake-necked turtles are relict group of turtles distributed across Australia, New Guinea, The Indonesian Rote Island and East Timor. This genus of turtles diverged from all other living organisms more than 70 million years ago, before the extinction of the dinosaurs!

The major threat to this species is that it only occurs in three separate populations on Rote Island, with only 70 km2 of available habitat. It continues to be targeted for the pet trade following drastic population declines, and continues to demand a high price. This species is listed on CITES Appendix II.

Captive breeding efforts exist for this species, providing hope for the future. However, improved control of the illegal trade and the creation of protected areas on Rote Island are crucial for the survival of this species in the wild.

This species is found on Rote Island Indonesia.

This species lives both terrestrially and in fresh water. It nests on land. 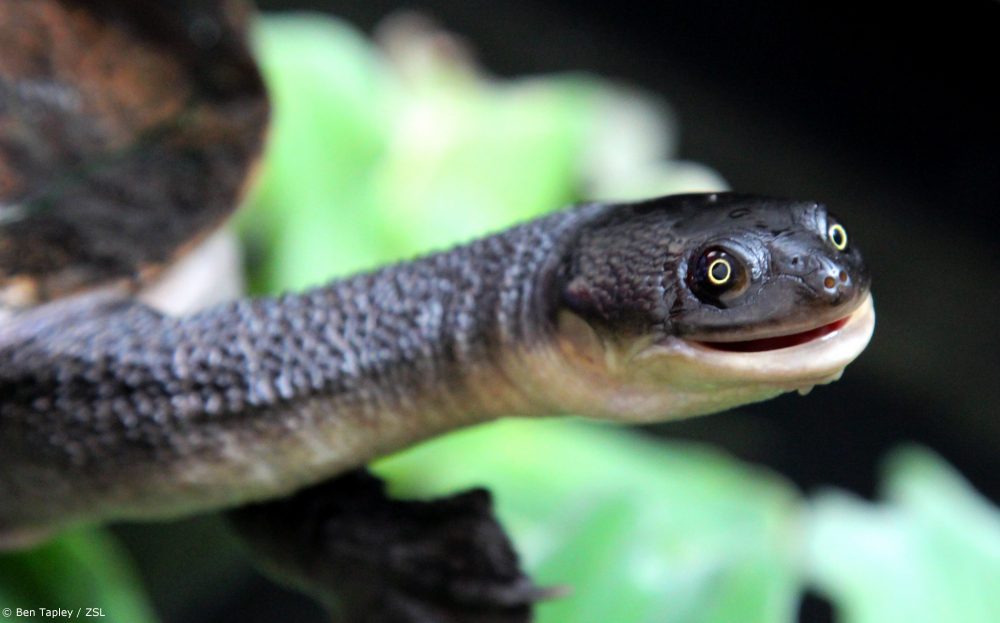 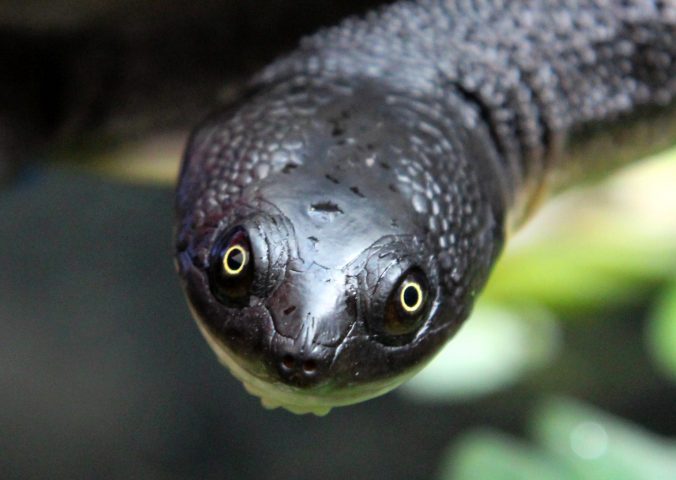