The Philippine Eagle is one of the world’s largest, most powerful birds of prey.

It was formerly known as the Monkey-eating Eagle, as reports from natives told that the raptor preyed exclusively on monkeys. This was later found to be incorrect as more recent studies have revealed the species to prey on a variety of animals ranging from rodents and bats to pigs and monitor lizards. They are monogamous and mate for life, unless one of the pair dies, and they have a long breeding cycle that lasts for two years; with the male and female sharing parental care for a total of 20 months.

Endemic to the Philippines, the eagle’s small, rapidly declining population has been feared close to extinction for the past 40 years. In light of this, it recently acquired the status of the National Bird of the Philippines, which has helped greatly to increase awareness of the bird and its plight. They are under threat from declining and fragmented habitat, through commercial timber extraction, expanding agriculture, mining operations, uncontrolled hunting, pesticide accumulation, and also severe weather events, such as Typhoon Haiyan in 2013.

This species is endemic and found on only four islands in the Philippines: Leyte, Luzon, Mindanao, and Samar. The majority of the population is found on Mindanao.

The Philippine Eagle inhabits montane forests – mostly in steep and rugged mountains. Its diet varies depending on the availability of prey on different islands. Their primary prey species is the Philippine flying lemur, although they also hunt palm civets, monkeys, snakes, monitor lizards and sometimes other birds of prey. 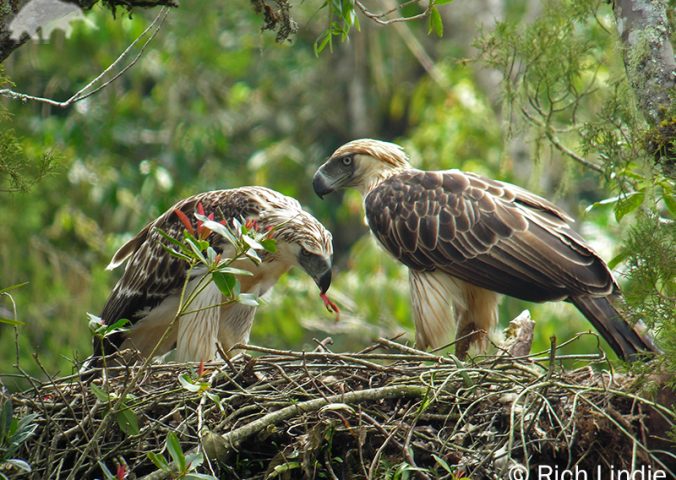 A bountiful, sustainable and ecologically balanced habitat of the Philippine eagle managed by participative, self-determined, empowered and environmentally-conscious community.

To develop and restore the Philippine eagle habitat through continuous protection and conservation of Mt. Mingan by key stakeholders 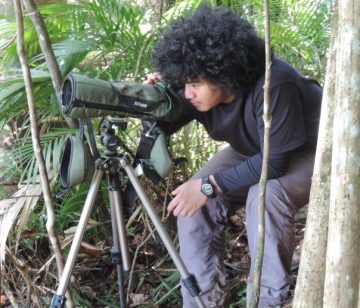