The Round Island keel-scaled boa is unique amongst all terrestrial vertebrates on Earth, being the only species to have an intramaxilliary joint that can separate and split the anterior and posterior bones of the upper jaw.

It is thought this peculiar adaptation helps the snakes to better hold on to their preferred prey of geckos and skinks. The Round Island keel-scaled boa also has specialised skin cells that allow individuals to change colour over a 24 hour period. They darken during the day, when they are inactive, and are lighter at night when they are more active.

This species was once distributed across both the mainland and the many islets of Mauritius; however the introduction of mammalian predators such as pigs and rodents led to massive population declines and extirpation on all but one island. Grazing species such as goats and rabbits degraded and destroyed boa habitat and also contributed to the species localised extinction. Round Island was the only island to remain rat-free, which left it as a sanctuary for this species.

Durrell Conservation Trust, along with the Mauritian Wildlife Foundation, has led a restoration programme for the snake, removing all introduced goats and rabbits from Round Island and reintroducing native plants, allowing the natural habitat to regenerate. This conservation work has also helped the lizards of Round Island recover, leading to increased prey availability and therefore population growth for the boa, too.

Encouragingly, a number of boas have recently been translocated to a nearby islet where restoration has also taken place, Gunner’s Quoin, and it is hoped the species will also be able to re-establish to secure a second population for the future of this unique and threatened snake.

This species is found on Round Island, Mauritius. It has recently been reintroduced to Gunner’s Quoin, a neighbouring island where the species previously occurred.

This snake is a semi-arboreal species. The Round Island keel-scaled boa lays clutches of up to 12 soft-shelled eggs in leaf litter or in hollow palm trunks. 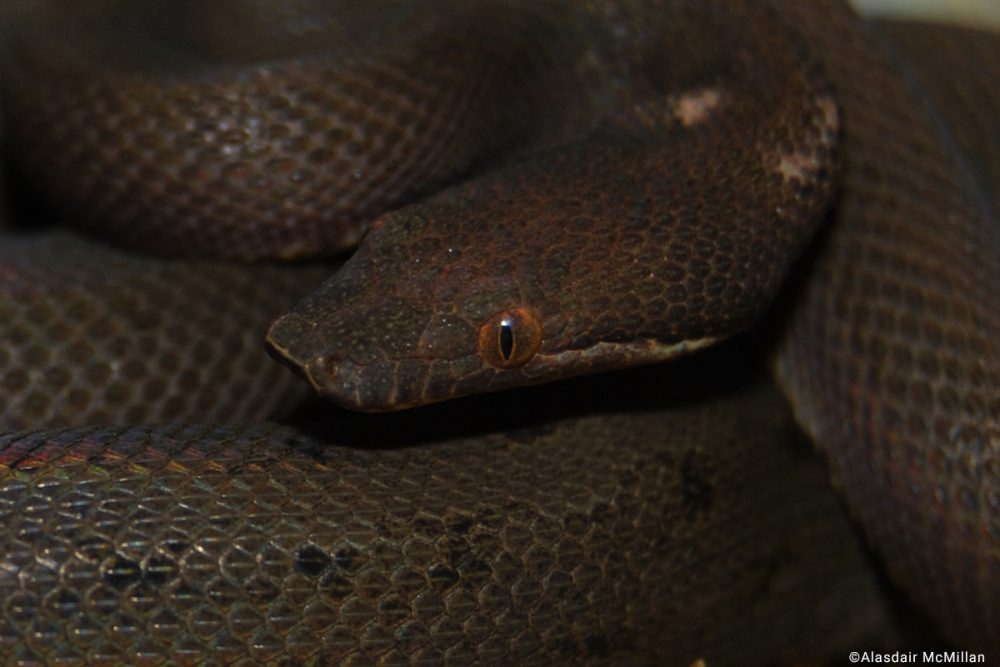 Saving the Endemic Species of Mauritius.

To improve the relationship of human and nature on northern Mauritius and the nearby islets, to ensure the survival of endemic species such as the round island keel-scaled boa.