This colourful and distinctive bird is one of the most endangered Hornbills.

Like most Hornbills it possesses a bony ‘casque’, which protrudes from the top of its bill. Despite its heavy-looking appearance this structure is quite light, being made of thin and hollow bone cells. In the Rufous-headed Hornbill this structure is red-orange and has a wrinkled appearance. They have a bizarre method to protect their young; both parents use saliva and mud to construct a wall across the entrance of a tree cavity, sealing the female and eggs inside. A small hole is left at the top through which the male can pass food. The pair are highly territorial and defend their nest site. Originally found on the three islands of Negros, Panay and Guimaras, the Rufous-Headed Hornbill is now locally extinct from the latter due to severe deforestation in addition to hunting and nest poaching. However, due to a successful nest-guarding programme introduced by local organisation PhilinCon poaching has decreased by 95% in the Central Panay Mountain Range. Combined with other conservation measures, the population of Rufous-headed Hornbills is now on the increase.

Found on the islands of Negros and Panay in the Philippines.

This species inhabit closed-canopy, evergreen forest, and has been observed in selectively logged habitat and in large trees in clearings. They are primarily frugivores,(fruit eaters). They are social, gathering in groups of up to four. Both parents help to construct this wall. Eggs are laid in March and clutch size is usually no more than two. 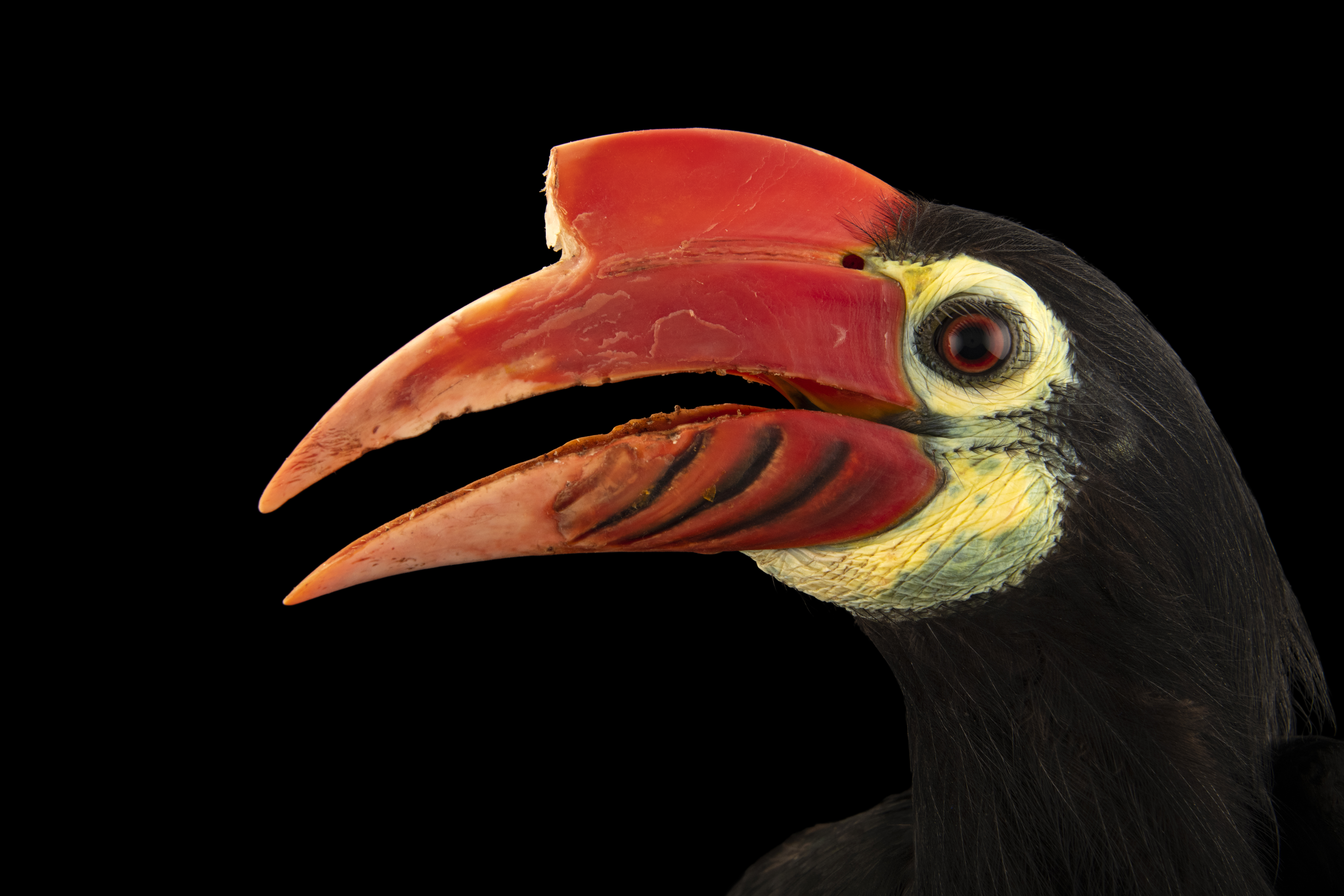