The Plains-wanderer is an Australian endemic of great scientific interest.

It is the sole member of the family Pedionomidae and, as such, has no close living relatives. Unusual among birds, the females are larger and more brightly-coloured than the males, displaying a distinctive white-spotted black collar and reddish-brown breast. The male takes responsibility for the majority, if not all, of the incubation and chick rearing, while the female continues to mate and lay eggs with other males. They are reluctant to fly from danger; instead they tend to run, with their long high-stepping legs carrying them at considerable speeds. The species has declined due to historical widespread cultivation of lowland native grasslands and overgrazing during extended drought periods, as well mortality due to pesticides use for locust control. Degraded habitat, even if abandoned, takes many years to recover, during which time it is unsuitable for the species. Invasive fox predation is considered to also have played a role in the rapid population decline of this species.

Endemic to the lowland native grasslands of eastern Australia, the most known habitat is in the western Riverina area of New South Wales.

Its preferred habitat is treeless sparse native grasslands, with a large proportion (50 per cent) of bare ground, with vegetation approximately 5cm high. They are omnivores, foraging during the day and dusk for a variety of insects, seeds and leaves. 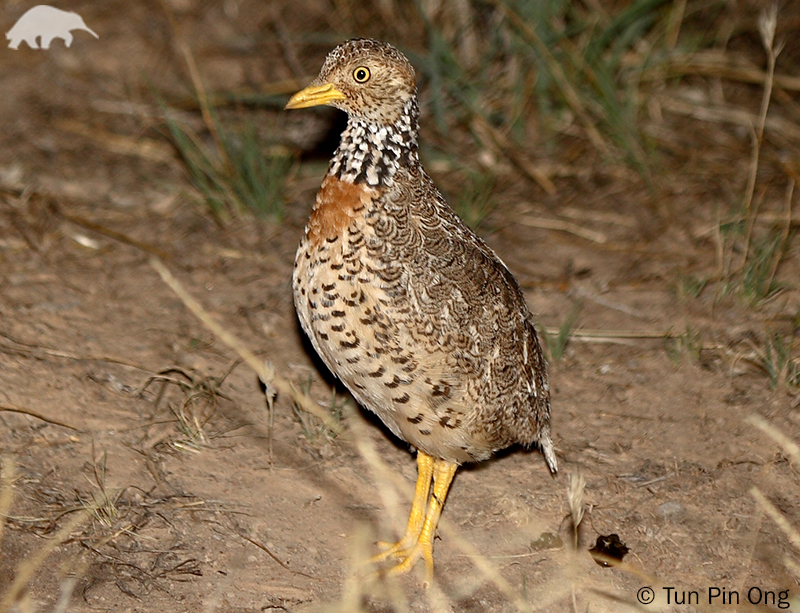